Solar By Day – Heat By Night

According to Researchers at MIT, a new type of material can store solar energy during the day and release it later as heat, whenever it’s needed. This could go a long way to helping solve the need to store solar potential when the sun is not shining.

The finding, by MIT professor Jeffrey Grossman, postdoc David Zhitomirsky, and graduate student Eugene Cho, is described in a paper in the journal Advanced Energy Materials. The key to enabling long-term, stable storage of solar heat, the team says, is to store it in the form of a chemical change rather than storing the heat itself. Whereas heat inevitably dissipates over time no matter how good the insulation around it, a chemical storage system can retain the energy indefinitely in a stable molecular configuration, until its release is triggered by a small jolt of heat (or light or electricity). Such chemically-based storage materials, known as solar thermal fuels (STF), have been developed before, including in previous work by Grossman and his team. 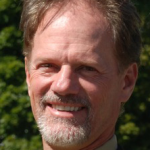