To the skeptics of renewable energy, we prove the world just got a bit smaller. The Solar Impulse has become the first aircraft to circle the globe powered by the sun, after landing in Abu Dhabi on the last leg of its journey.

Bertrand Piccard piloted the plane for a final time, steering it safely from the Egyptian capital Cairo to the UAE.

He has been taking turns at the controls with Swiss compatriot Andre Borschberg.

It brings to an end an epic, 17-leg voyage that began in Abu Dhabi on 9 March last year. 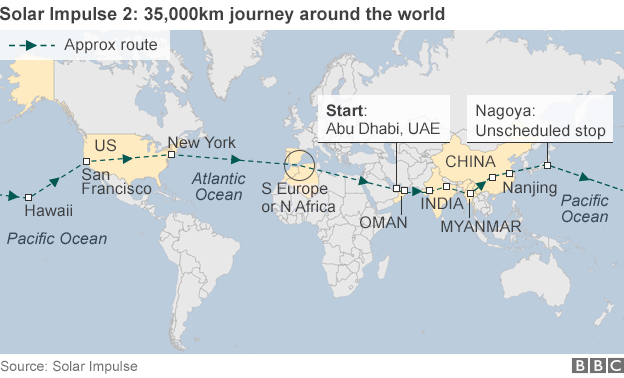